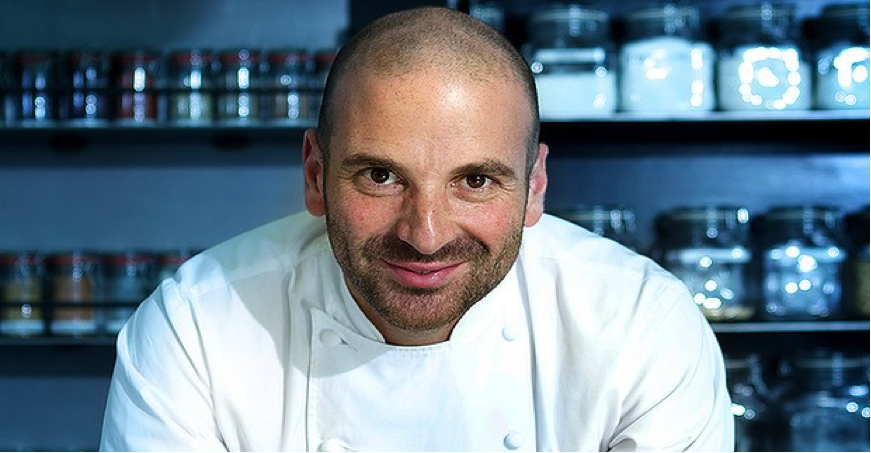 (Scroll down for more photos of the night! More will be coming soon.)

Described by some as the “Victorian Kazzie function of the year”, the President’s cocktail party got underway at 6.00 pm Friday 6th May 2016 at the beautiful home of our president Dr Nick Lolatgis and his wife Annie and their family in Toorak.

Special guest speaker was TV personality George Calombaris, Australian chef and restaurateur, and a judge of the Network Ten series MasterChef Australia. In 2004, the Global Food and Wine Magazine voted him as one of the Top 40 chefs of influence in the world. George inspired the eager crowd of 80+ young Kazzies and their partners with his story of success and the ingredients behind it which no doubt have contributed to the notoriety of his 7 Melbourne restaurants including “Hellenic Republic”, “Gazi” and “The Press Club”.  His flagship Melbourne restaurant, The Press Club, was awarded The Age Good Food Guide “Best New Restaurant 2008” with Calombaris named ‘Chef of the Year 2008’. George draws on his Greek and Cypriot heritage for inspiration.

His tips for “making it” included hard work, creativity and striving for excellence in one’s field. The messages resonated with the crowd, most of who were in their 20s- 40s and eager to hear some tips for career, corporate and entrepreneurial success. Many commented on the passion with which George spoke and George also reflected on the support of his family and elaborated on his experiences in travelling back and forth from Greece. This included his upcoming trip to the northern Greek city of Thessaloniki, for the World Chef’s Congress and Expo in September this year, where tens of thousands of the world’s leading chefs will share knowledge and experience with beautiful Thessaloniki as host.

This was a terrific start to the party, however there was more to come. Our president Nick Lolatgis was giving his welcome speech to the crowd, when an apparent pizza delivery by a middle aged Italian accented man, turned out to be a covert opera performance! After a few recitals, when our male Italian opera singer was just about to finish thrilling us with his superb voice, he was confronted by a young woman, seemingly keen to usher him away for interrupting … The President’s speech. When she broke out into the most elegant soprano voice, we realised this was part of the act also. Needless to say, the place was buzzing with excitement and this set the background for an awesome party.

The party rolled on and evolved into even better things, thanks to tantalising cocktails and champagne, great company and conversations with many. The superb finger food was prepared in the kitchen in front of us by the Calombaris chefs and their accomplices, as proof of the success of the Calombaris-Gazi formula. There was lots of mingling, re-discovery of lost friends and relatives, and connecting with some new ones. What a great crowd this was, with a lot of interesting, intelligent, talented and well qualified young Kazzies and their partners (should we be surprised given the stock they come from?!!). Pleasingly, even some of the young non-Kazzies were inspired and keen to promote and get on board with Kazzie Culture in its new modern form, in the context of sharing heritage and creating and benefiting from “community.”

One committee member commented: “This is the new Kazzie Club”. I replied: ”I hope so” .At this point, the committee has collected the contact details of the attendees and we hope to form an interest group of Young Kazzies to help take the club to the next level and into the future.

We were moved and inspired by our interaction with and the response of the young Kazzie attendees, by the special guest speaker, the opera singer entertainers, the superb food and refreshments, the beautiful venue. Thank you to President Nick Lolatgis and Annie for being our hosts, and to Nick for his selfless and heroic efforts in continuing with and attending the function, given his current health challenges. Nick, we wish you a speedy recovery. Lets hope these young Kazzies shake the very foundations of the Kazzie Club… and show us all the way to go.