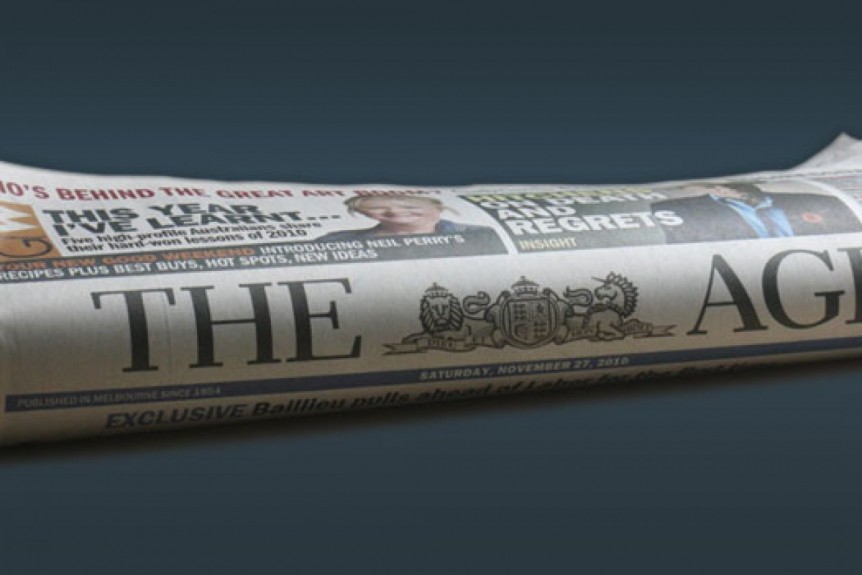 Victoria Kyriakopoulos reveals how a small Greek island is coping as families of Australian Greeks return to reclaim their memories and property.

As the caique sails into the port of Kastellorizo, Australian Sylvia Parras points out derelict houses along the picturesque harbour. “That’s the house my mother grew up in, that house went to my mum’s older sister,” the hotelier tells her grandchildren, who are on their first trip to Greece’s remotest island, the setting for the Oscar-
winning 1991 movie Mediterraneo.

The ruins of the castle after which the island is named are barely visible on the cliffs as the boat sails past the old mosque that is now a bar and is surviving brightly coloured, neoclassical homes that line the tiny unspoilt harbours in Greece, but will never be a big holiday destination. There are no real beaches, only a handful of small
hotels and rooms for rent, little infrastructure, and its water has to be brought over from Rhodes. Its population of about 250 is boosted by soldiers and public servants, and even at its tourist peak there are barely 1000 people on the island. The island’s isolation has been both its enemy and saviour – and Australians appear to be creating a new chapter in the island’s history.

The previous night, Parras and her sister Eva Savva had held a big house-warming Bash in their new holiday home, setting the waterfront cafes abuzz with gossip about the party, and the rising price of real estate. Fourteen of the family, who together run the Cock and Bull pub and other Sydney bars, spent last summer in the triple-storey, 150 year-old home they bought in 2000. House-warmings are not traditional on Kastellorizo, but Aussie customs and obsessions can’t help but seep into the local culture given the annual influx of Greek Australian “Kazzies”.

Once so dangerously under populated that the Greek Government offered free tickets to get Greeks to holiday there, the rocky outcrop rising just off the southern coast of Turkey is now morphing into a Greek Australian village. For the past decade, an increasing number
of Kazzies have waded through endless paperwork, often facing lengthy and bitter legal battles over illegal land grabs and squatters – and the odd family feud – to reclaim family properties, while others have bought land or renovated ruins. According to some estimates, more than half the property on Kastellorizio is now owned by Australians. “It has effectively become an outpost of Australia in the Eastern Mediterranean, where you are more likely to hear an Australian accent than Greek,” says Sydney lawyer and the island’s unofficial archivist Nick Pappas, who
bought the house his father was born bin five years ago and acquired a second property from his mother’s side.

The 30,000-strong Kastellorizio community in Australia includes some of the most prominent and successful Greek Australians – among them Darwin’s Paspaley pearling family, Perth’s fishing and pearling Kailis family, Sydney’s Peter Satouris, Adelaide’s Senator Nick Bolkus, TV identity John Mangos and actor Thaao Penghlis. The Greeks, more than any other migrant group, have always had a continuing relationship with their homeland, with many eventually retiring in Greece. But what is remarkable about the wave of Australians claiming property on Kastellorizo is that these are largely the Australian-born children and
grandchildren of those who left – many of whom never returned because they were too preoccupied with establishing themselves and raising families. Most don’t have any family on the island. But the myth and magic of Kastellorizo has always loomed large in the Kazzie psyche. “There would be better islands, but had we bought a house on Santorini it would not mean as much,” says Eva Savva, who was 45 when she first went to Kastellorizo. “It’s special when you go to the school and you know your mum was there. Mum and dad never came back.

In those days it used to take a month on the Patris (ship) and from North Queensland it was a big deal to come to Greece. Taking a trip to the island was, for many, a once-in-a-lifetime pilgrimage. Once they got to Greece, there was still another long ferry trip to Rhodes, and
another 14 hours on a slow, irregular boat from there. For a long time there was also nothing to return to, other than the remnants of the island’s tragic history.

The prosperous commercial port town had more than 14,000 residents until the early 1900’s when it lost its privileges under the young Turks. It was successively occupied by the Italians, French and British, who evacuated the island during World War II. More than halve the island’s 2000 homes were destroyed by a fuel tank explosion after the British abandoned it in 1944. The final blow came when a boat returning the refugees to the desolate island sunk outside Port Said, and 33 people drowned. “My father never came back here. He used to say ‘Why would I go back, the only things I have got from that island are bad memories’,” says former Perth banker Denise Matzos, whose father returned after the evacuation to find his father’s bones in their looted house. But Matsos found herself more and more drawn to the island, and in 1993 quit her job and married a local.

They now spend half their time in Perth and the Greek summer running a general store on the island. With modern, high-speed ferries and a slick new 35-seater aircraft now bringing Australians during the summer, the Aussie presence on Kastellorizo is immediately obvious, not least from the accents that echo around the harbour in increasing decibels. There is an unofficial “Australia Square” and the Sydney restaurant. Sydneysider Colin Paull and his mother spend up to weight months running the Kaz Bar, a restored family property on the harbour.

Former Melbourne advertising rep Louise Katris has a job at a hotel and is enjoying her new life with her fiancé Yiorgos, a local. “I miss my family bout I don’t miss Melbourne, and I don’t miss work,” she says. “But the hardest thing is not being anonymous here. You lose your privacy.” The romance began in 2003 when she came with her mother to deal with a family property. “We got our house back after being rented for 30 or 40 years, rent free as long as they looked after it. Luckily my grandfather drew up a lease to say that the house was his but others have lost their houses that didn’t.”

Note: Since this article Louise has married Yiorgos and recently had their first child

The regular return of the Australians may have been critical to the island’s economy and rebirth, but it has also been met with mixed feelings – and the transition from visitor to landholder has created news tensions, often because of the disparity between the Australian wealth and the poverty locals endured for years. “We have been living among the ruins for so many years,” says local Paraskos Magiafis. “Now they are fixing their houses and we hope that will continue. They clean up the area, lights go in, the snakes and rubbish go.”

But long-term mayor Pavlos Paniyiris, who officially welcomes their presence, significantly understates their contribution and level of property ownership. He concedes the return has caused some problems and estimates up to 70m per cent of the land remains unclaimed. “Apathy led things to where they are because for more than 50 years they abandoned the land,” Paniyiris says. “Now they have understood the value of the land and everyone has started getting interested in the land of their parents. It’s positive because of the investment and because we get to know our fellow patriots who live in Australia.” With no official land register, the only proof of ownership was in dowry contracts – land on Kastellorizo was passed through the women in the family – or witnesses and photographs. Language barriers, dodgy lawyers and an often hostile administration were enough to put many people off. “You have this tension between the locals, many of whom squatted in people’s homes and were evicted when the Australians started coming back in the ‘90’s and claiming their land,: explains Pappas., who has been instrumental in helping people reclaim land, tracking down copies of five volumes of dowry contracts. “Many are going through the process of pretending that time on Kastellorizo started in 1950 and they are absolutely horrified when someone turns up with a document or a photo of a house from 1906.
It’s like a native title, you are always going to get another claim.” Once they successfully claim the properties, building often becomes the next headache – and a wildly expensive exercise as labour and materials must be imported. Sydney builder George Theodore has become a part-time resident project manager on the island, restoring homes and sparing people the dramas of dealing with the local authorities, red tape and tradesmen.

Many Kazzies are planning or dreaming of spending much of their retirement there. “If my dad was in Melbourne he would be sitting in front of the idiot box,” says Melbourne lawyer Nick Zervos, whose father Paul owns the famous “Blue House” of the prostitute who starred in Mediterraneo. “In Melbourne, he’s an old man, here he’s a guy who mixes with people for coffee and has his little routine, drinks, his ouzo, shouts someone a drink. It’s much more social.” Paul Zervos began visiting regularly in the late’80’s after he sold his Port Melbourne hotel, and in 1993, bought the house his mother was born in from his niece. He now spends every summer on the island with his wife Peggy.
Adelaide Senator Nick Bolkus, whose parents migrated to Australia as children, says it took him a long time to get to Kastellorizo. “I was 43 years old and fell in love with the place, “ he says. But like many, his experience has been bitter-sweet. The ruins of his family home were knocked down by the local council. Bolkus went to court to claim the property and won, but it is still not registered to him. “Mum and dad never left the island in an emotional sense, but they didn’t have the resources to go back early on, and by the time they did they were too old to travel. “my parents wanted for us to reclaim and try to do something with the land. It’s a bit of a dream.”