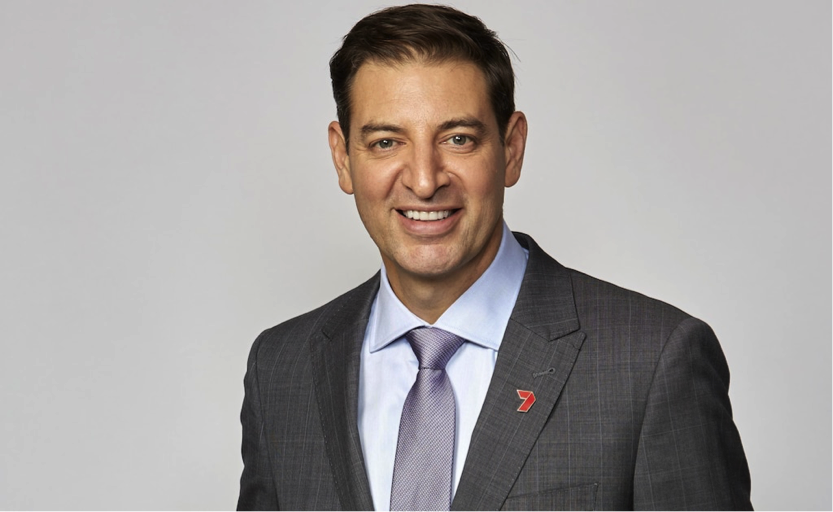 High-profile Perth based Australian television and radio presenter and sports commentator Basil Zempilas has been named Kastellorizian of the Year by the Kastellorizian Association of Victoria. The award will be presented in Melbourne in October. The annual award, first awarded to Senator Nick Bolkus in 1993, identifies a person who has achieved excellence in his or her own chosen field and has brought honour to the Kastellorizian community.

The President of the Kastellorizians Association of Victoria, Nik Spartels, said:

“Basil Zempilas more than meets the three main criteria of the award – He is of Kastellorizian descent with both set of grandparents and his mother born on the island of Kastellorizo; he has demonstrated excellence in his field of endeavour and has made an outstanding contribution to the wider community, and is an inspirational role model for Kastellorizians. In addition, Basil is very proud of his heritage and he and his extended family are widely respected by the Kastellorizian, Greek, and Australian community. He is a worthy recipient of the award.”

Basil is widely known throughout Australia for his media work in the sporting arena.

During his final year at Murdoch University he began reporting in the print media, and then in 1994 began his television career, retiring from the West Perth Football Club in the Western Australian Football League after five seasons.

This year marks his 25th year in the Australian media, and in this time he’s worked with various charities, principally with Channel Seven Perth’s Telethon which he has anchored since 2010. Last year’s Perth Telethon, with Basil as host of the appeal, achieved a record total of 36 million dollars.

In 2009 the Zempilas family and many friends travelled to Kastellorizo to celebrate the wedding of Basil to Amy Graham. They couple have three children Ava, Chloe and Anthony. Ava and Chloe were both christened on Kastellorizo. 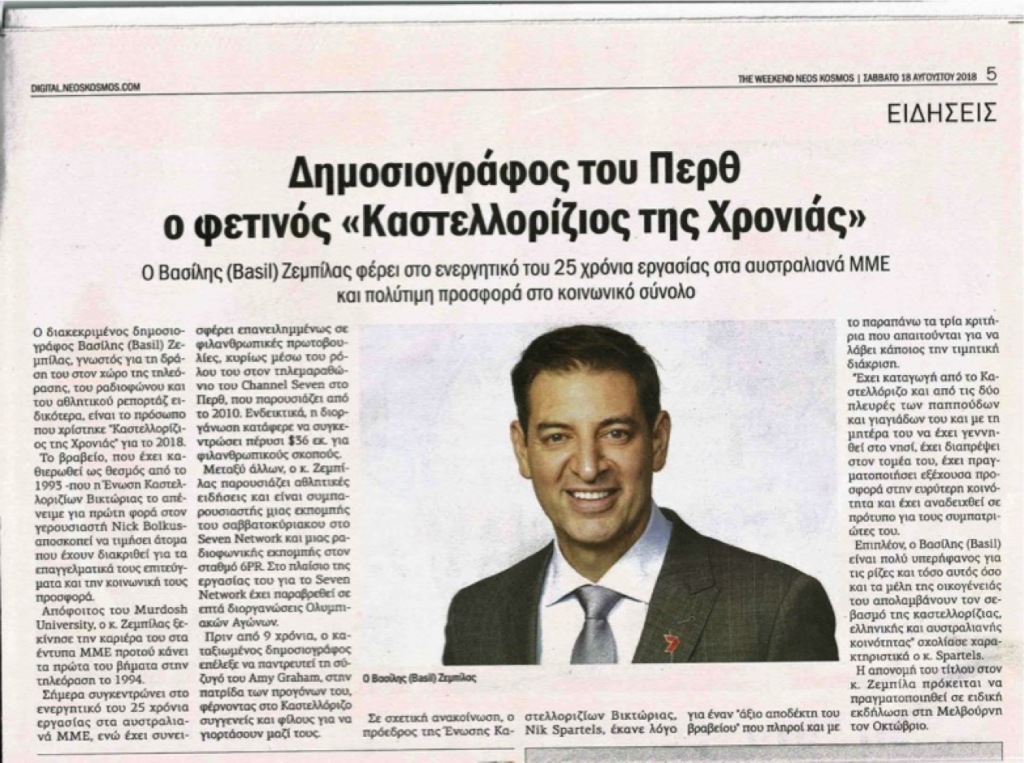